An amazing show of sportsmanship 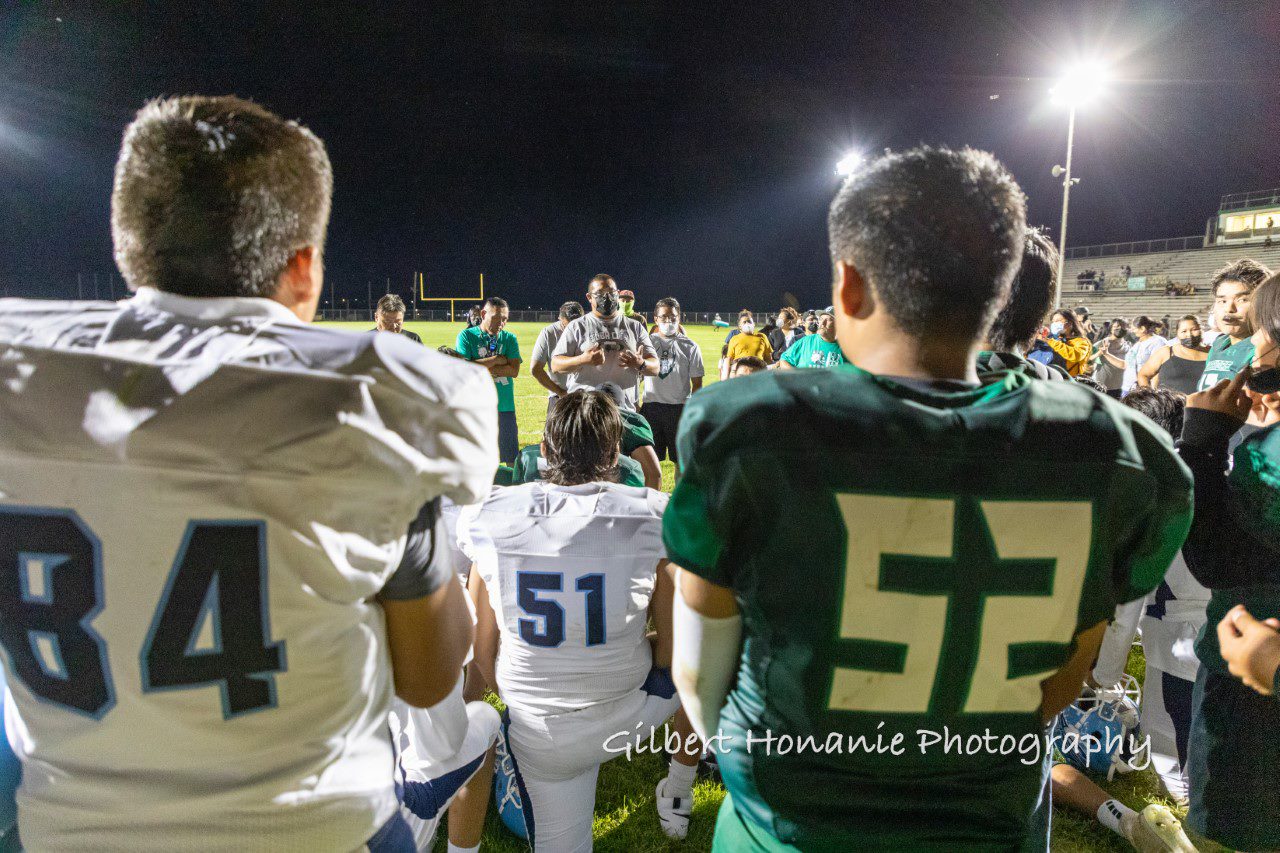 Despite Tuba City losing to Window Rock, an amazing show of sportsmanship was displayed as the Window Rock Fighting Scouts players joined in the after game huddle with the Tuba City High School Warriors.

Head Coach Vincent Lee talked about the the game and conduct of the players, he also addressed how important grades were as several players were inactive due to grades.

A moment of silence was asked by the coaches to honor the two students that had past away earlier in the week followed by a Window Rock Scouts player giving a prayer to bless the players and their families.

On September 29, 2022, TCJHS and TCHS held their Royalty Pageants. We have the video for you here.

An amazing show of sportsmanship was displayed as the Window Rock Fighting Scouts players joined in the after game huddle with the Tuba City High School Warriors.

TCHS students worked for over a decade to reach this day. What an incredible milestone. TCUSD wishes a prosperous and fulfilling future. Congratulations Warriors!

TCUSD celebrates Senior Day. Congratulations to the seniors on the Warrior Baseball Team.

After not playing softball or baseball for two years, TCHS celebrated the spring season March 8 with a cookout for fans at the opening day against Hopi High School.

The quarterfinal round in 3A action is slated to be played in Prescott Valley on Monday, Feb. 21 and the semifinals and championship game will move over to the Memorial Coliseum in Phoenix.

Xander Mitchell and Tryrin Mann have been selected to play in the 2021 Indigenous Bowl hosted by the Minnesota Vikings in Minneapolis, Minnesota