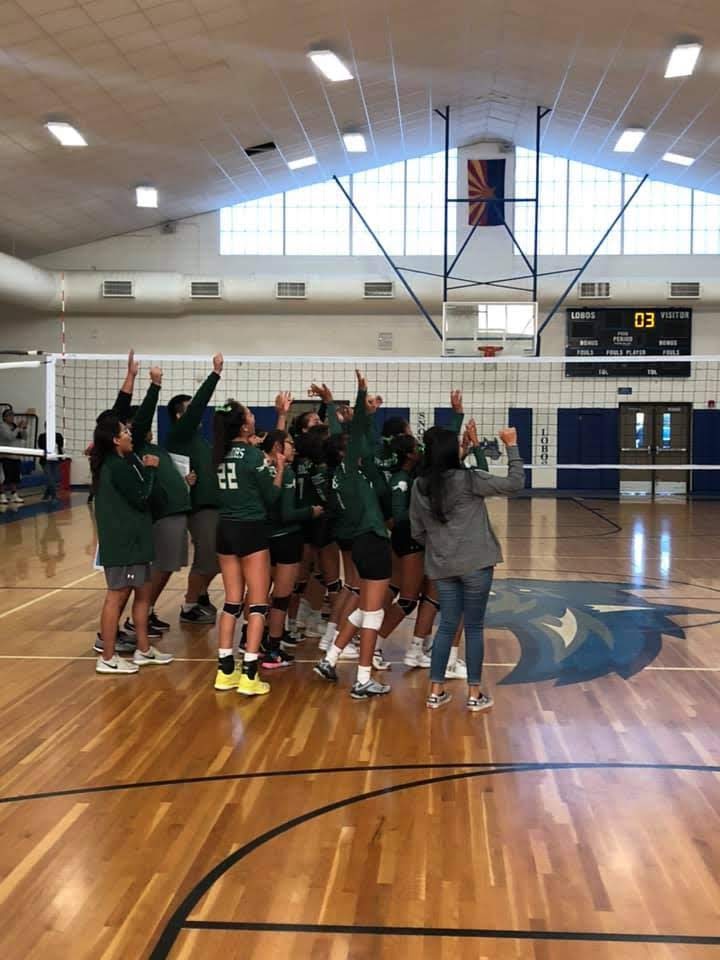 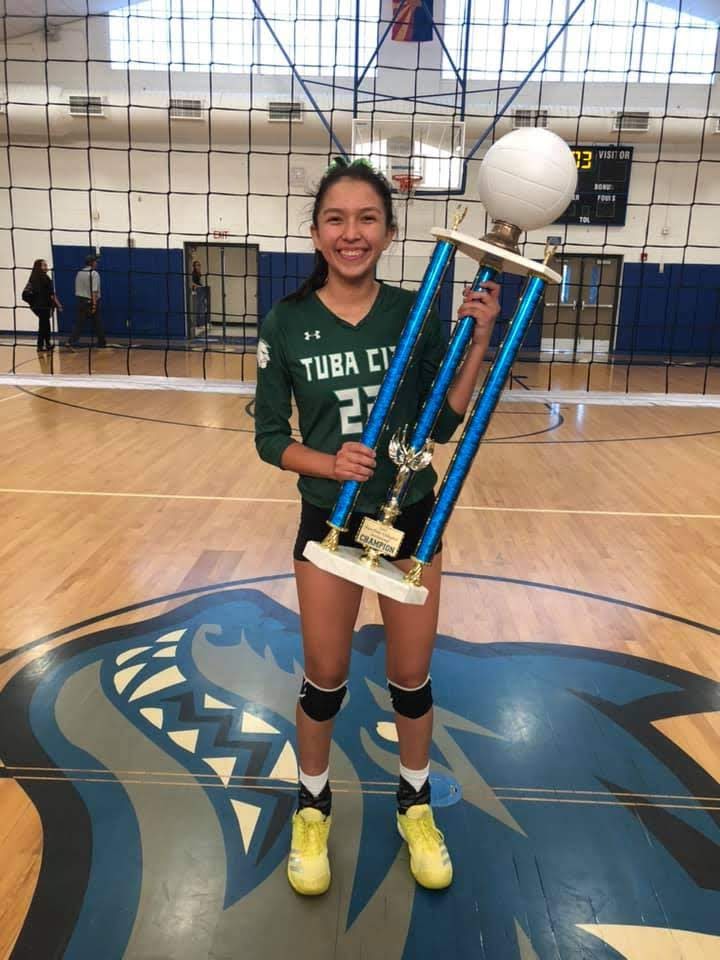 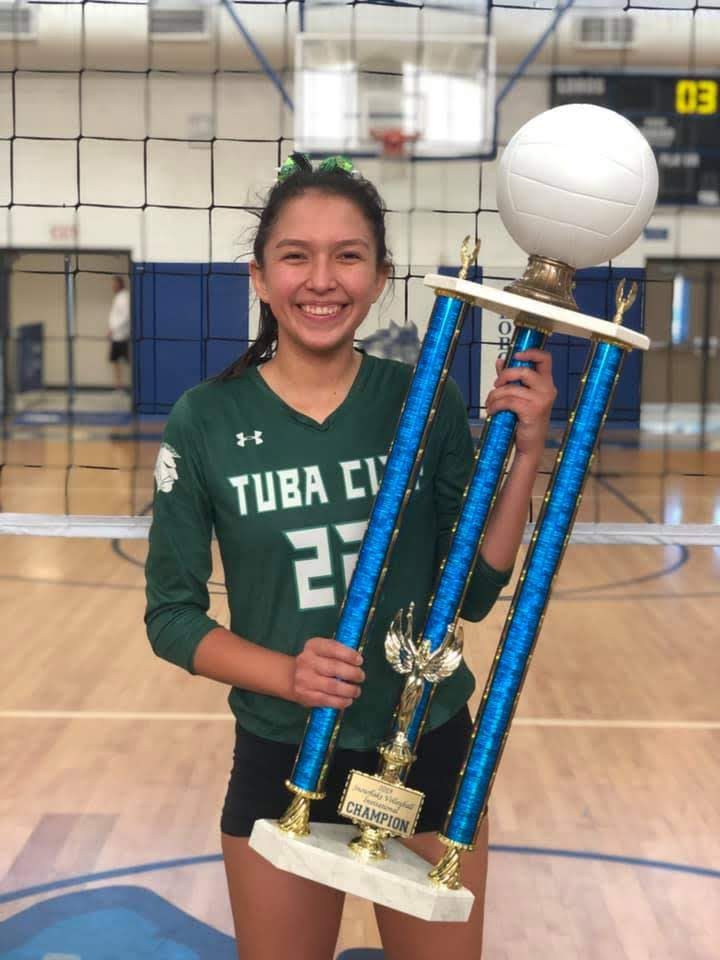 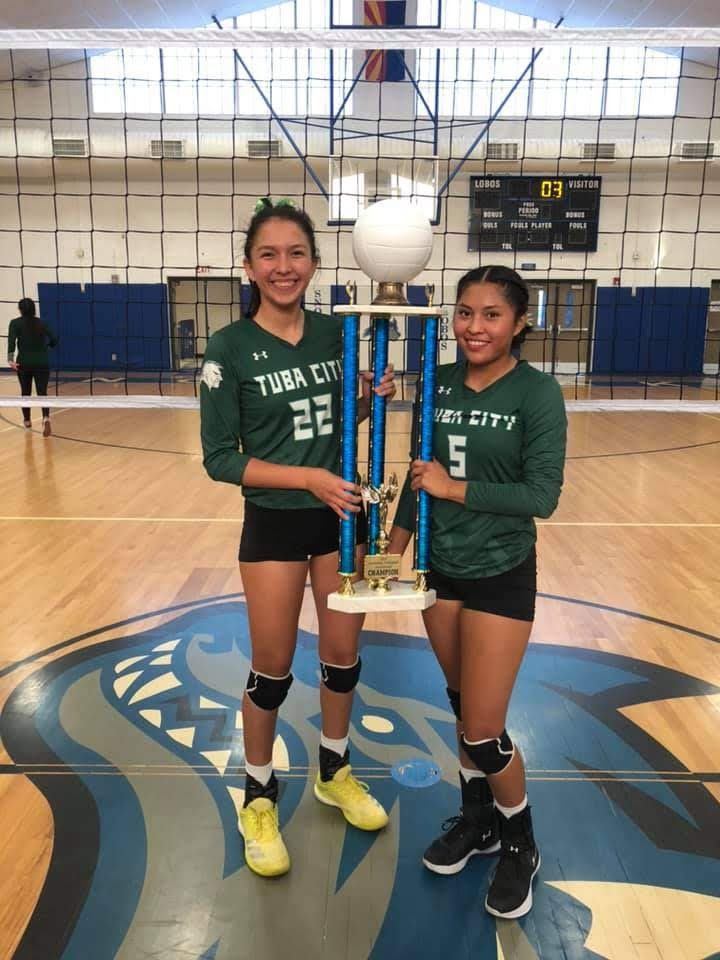 On their quest to winning the championship, they ran over teams from Pima, Kayenta-Monument Valley and eventually Mesquite twice—once in tournament play and the other in the championship round.

The tournament attracted 16 of the best high school volleyball programs in the state and region.

In the semifinal round, Tuba City rolled over Mesquite 2-0 (25-21, 25-15). Rhiannon Eldridge led with eight kills and Trista Bennett led with two blocks.

In the final round, Tuba City easily defeated Mesquite a second time 2-0 (25-10, 25-20) to win the tournament championship. Jayda Chee led with six kills and one block, and Gracie Henderson led with six assists.

Tuba City High School Head Coach Harlan Barlow was satisfied with his team’s performance and said he remains optimistic as they continue the rest of their season.

“We are doing OK. We are still looking for that one line up but working with what we have at the moment,” he said. “The good thing is our girls are experienced and able to make plays. We just need to be a little more consistent.”

Barlow said the Snowflake tournament was good for them. 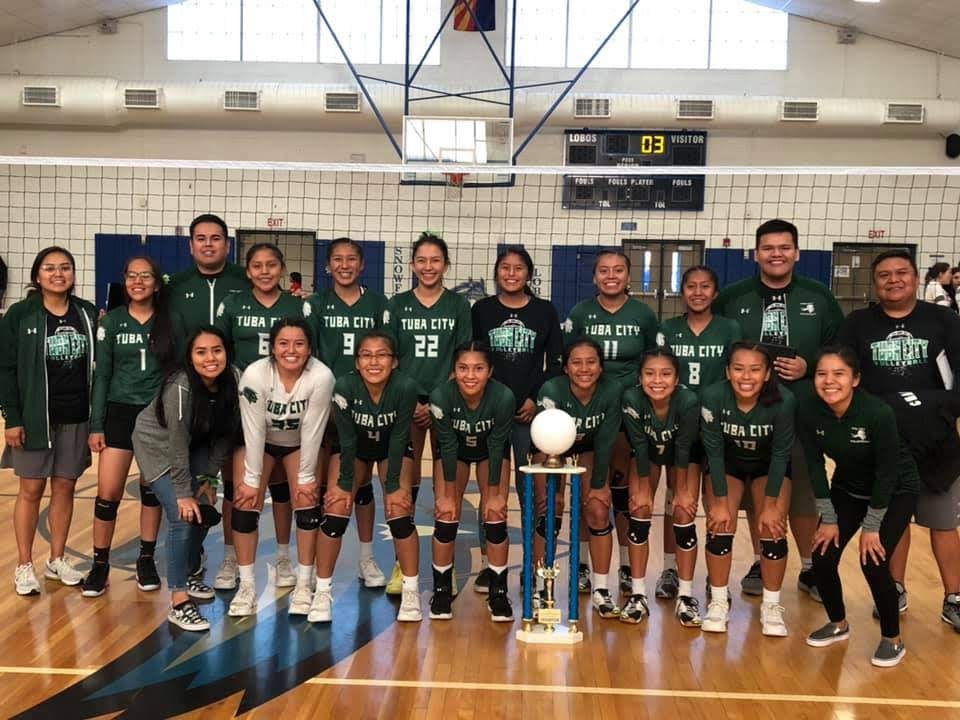 “I feel like we’re learning as we’re going,” he added. “Like I said, we’re looking for that one line up with the most consistency; these tournaments are helping in that matter.”

Tuba City currently has a record of 10-2 and their only two losses were two Estrella Foothills and Coconino High School at the Coconino Invitational held Sept. 6-7.

“I feel like we got our tough game experience at the Coconino [Invitational] against Estrella Foothills and Coconino,” he said.

As the team continues their season, all eyes are focused on them as they attempt to defend their regular season and regional championship titles.

“The goal is to repeat. It’s going to take work,” he added.

The team is one-third through their regular season which ends Nov 2, and then the state playoffs begin Nov. 5 with the state championship tournament Nov. 8-9 in Phoenix.

Barlow said the defending state champions are Northwest Christian and of course are on Tuba City’s radar.

By Joshua Lavar Butler, for the Navajo-Hopi Observer 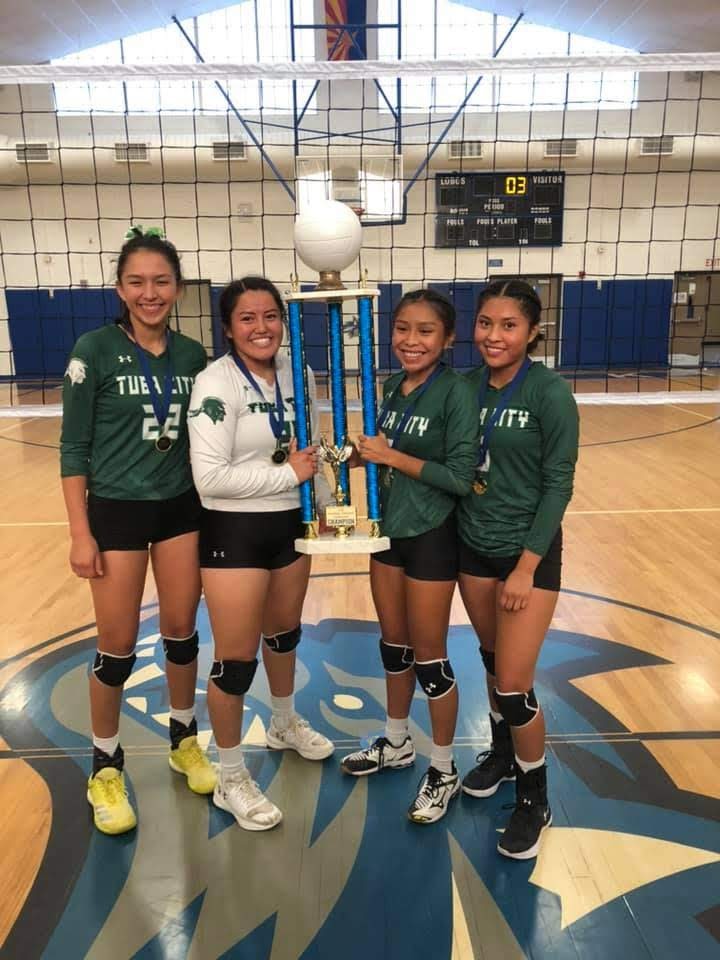 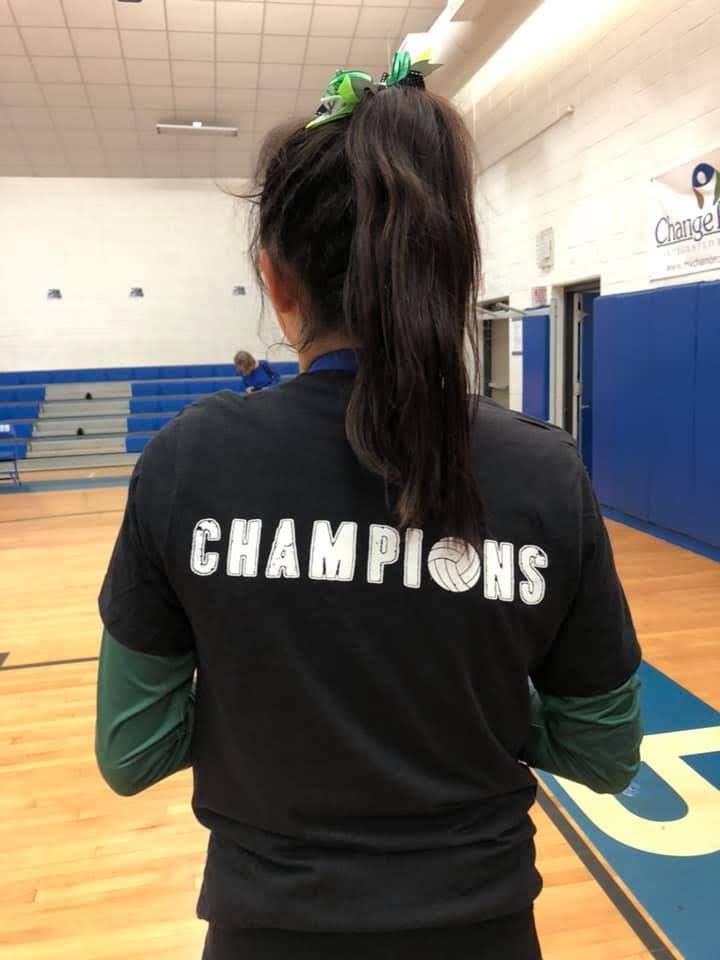 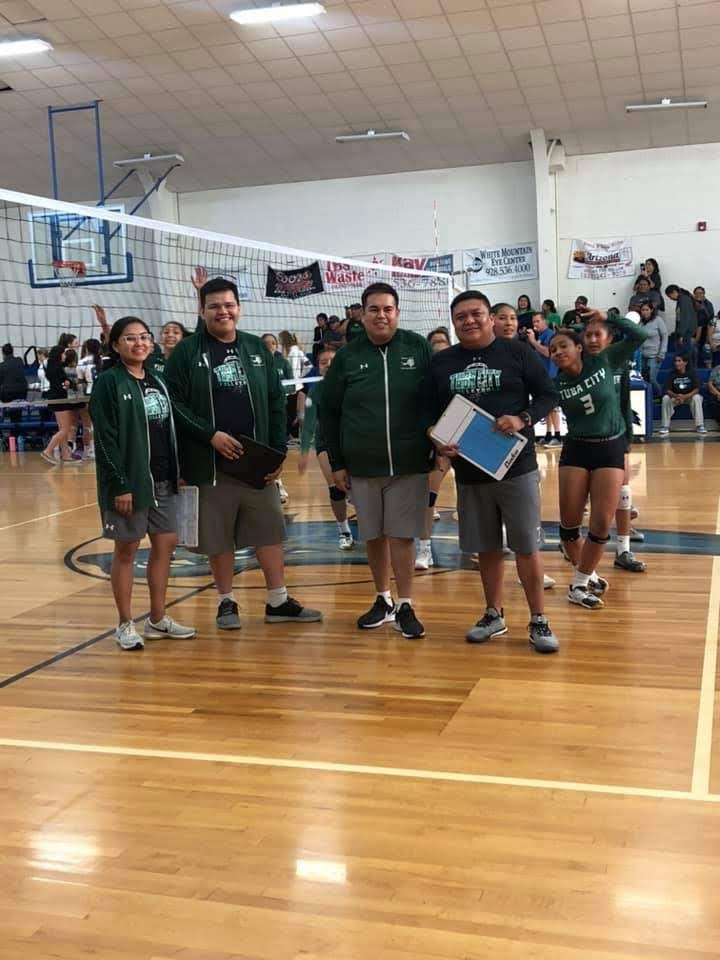